Mitch and I decide on lunch at 75th Street Brewery to consolidate two must-do items for today. Turns out to be a terrific choice on many levels. 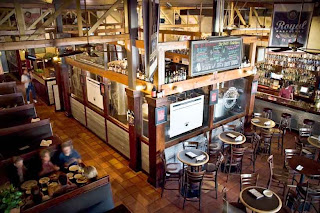 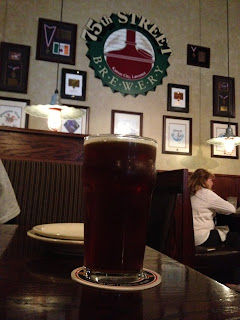 First, the tender barbecue ribs possess all the flavor you expect. The fries and Scottish Ale provide just the right complements. I also try a Muddy Mo’ Stout as a finisher.

Along with excellent recommendations, our waiter offers a bit of historical data regarding the brewery, a fire and a rebirth from the ashes. We could stay all afternoon, but we have another must-do on our list: the Negro Leagues Baseball Museum.

Along our journey toward 18th and Vine, we pass a large cemetery surrounded by stone walls and iron gates. Our Roger Maris gravesite visit in Fargo prompts Mitch to say, “I bet somebody famous is buried here.” I reply, “Hmmm. Maybe Buck O’Neil.” And we both think, “Of all the Kansas City area cemeteries, what are the odds?”

What’s the name of this cemetery? We pull over for some quick smartphone research.

Once again, UBT magic defeats the odds hands-down. This is it!

By sheer chance we enjoy lunch just where we would pass Forest Hill Cemetery on our way to the museum to honor Buck and his colleagues! Then a couple of off-hand remarks (as we are wont to do whenever we’re together, but especially when we drive a couple of thousand miles with one another), and we now have another stop to make.

The sales office is in a small ranch house not far inside the gates. Immediately behind this building stands the Negro Leagues Museum monument to honor Buck O’Neil. 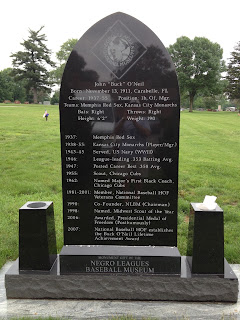 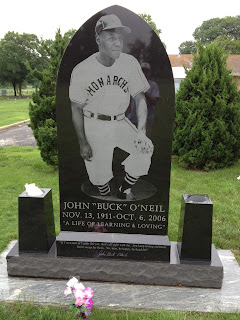 When seeing interviews, especially the Ken Burns’ “Baseball” segments, I’d always hoped to have a conversation with Buck. Mitch had been fortunate enough to gain an autograph some years ago.

As Mitch and I admire the majestic monument, a gentleman in a coat and tie approaches from the office. He’s carrying a folded paper and a pen. He compliments Mitch on his throwback Pirates cap, (which Mitch provided for each of us on our very first UBT).

After we talk for a few moments, he informs us that Buck isn’t buried here. At least not at this spot. And he begins to draw a map. 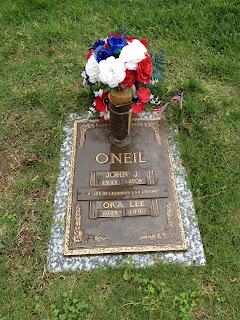 Several yards away in a row of grave markers not unlike any other, lie John J. and Ora Lee O’Neil. A modest gravesite for a man and his long time wife, who lived humbly and joyfully. One of the greatest players to never play in the major leagues.

We drive out of Fargo. And we drive. Speed limit 75 MPH.

And it’s pitch black on both sides of the Interstate. Nothing else.

The only light comes from occasional lightning in the distance to our right, and then behind us as we drive some more. The lightning really illuminates the dense clouds on such a dark night.

We stop for fuel at an exit that features Dakota Magic Casino and a fuel stop. And nothing more. One tractor trailer is also fueling.

Well after the clock strikes twelve Central Time, we pull in to our destination: Brookings, South Dakota. Christian checks us into our hotel.

After a short snooze, we awaken to a rainy Tuesday morning. We need to get back on the road to keep heading south, hugging the Dakota-Minnesota line.

In the gray daylight, large farm fields and occasional cattle dot both sides of the Interstate. The forecast is not very promising. Brief downpours accompany the dense cloud cover. Could I-29 lead to our first ever UBT rainout? 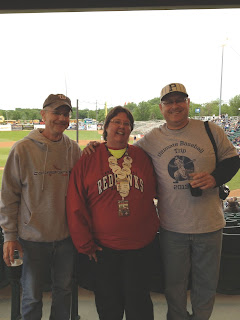 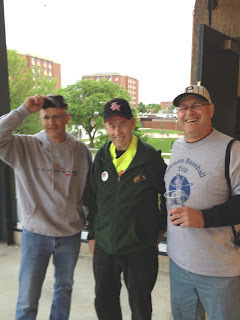 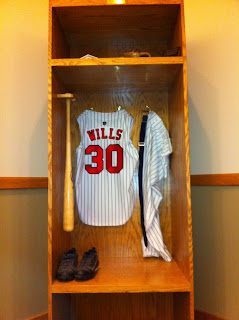 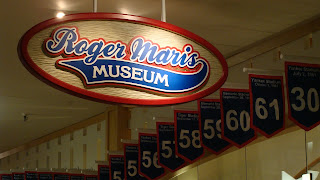 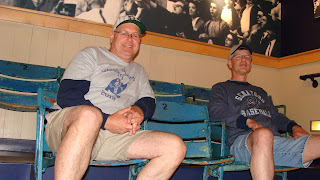 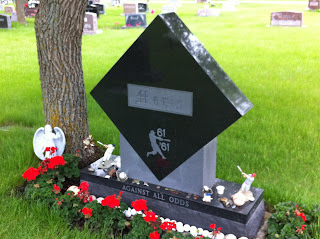 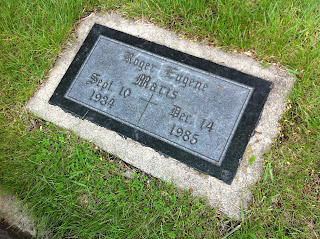 Mitch and I leave Target Field to begin our three-hour journey to Fargo, North Dakota. You may be wondering how Fargo made it onto this itinerary.

As much as both of us have traveled, neither of us had ever set foot in either of the Dakotas. The Fargo-Moorhead Redhawks would add another ballpark to our list of “been theres” and we’re excited to see them play.

But there’s also a very important historical baseball reason. More on that in the next post.

The sun remains before us as we drive westward through Minnesota. 30 minutes prior to sunset, we cross the Red River into Fargo.